Most people have an opinion about online administration systems and most of them are going in the direction of a necessary evil. Personally, I have a love-hate relationship with them. Seeing the possibilities that the digitalisation brings and what has been already achieved is amazing. Here in the Netherlands I can do most government related tasks online, which elimintes many trips to some agencies, stand there in line only to being told that you have filled in the wrong form and you have to come again next week with the (hopefully) right form. While the situation in the Netherlands is by far better than almost anything that I have seen before, most systems still suck to a certain degree, and I believe one of the reason for that is, that properly functioning and covering corner cases is often an underrated part when evaluating the user experience (UX). So, here is what I think about this.

Also: There will be cheese at the end.

Since it became possible again to travel during the pandemic, all of us we are nudged/obligated to fill in our travel data in various different online forms, often multiple times. While this is necessary and theoretically also a good thing, because it gives us certain amount of freedom back, there is a sad truth behind this as well. So far NONE of them worked as expected and in all of them I had to trick/cheat or bend the rules to make it work. I find this a huge source of frustration and this lowers in general my compliance when working with those systems. If I would not be forced to use them, I would drop them like a hot potato.

Typical errors range from procedural errors down to simple misunderstandings:

If your system sucks at this level, your system just sucks. Sadly the nature with administrative systems is that you are forced to navigate through the maze like an helpless lab rat, otherwise you cannot travel. This means that more often one needs to find ways to make the system swallow whatever you have to put in there. I believe this is one, if not THE reasons, why a majority of the older generation has problems with online administration systems. Simply because it’s not as easy as just typing something in a text box, but often also understanding what the systems means as opposed to what it says. Having mastered the skill of anticipating what you need to fill in makes the difference between an easy task and an impossible task. This is, in my opinion, an often overlooked or at least underestimated glass door, that effectively cuts out a fraction of the population from being able to effectively use those systems. This sucks.

Sadly it’s very difficult to make things right here. If you give the users too many freedom in filling of their information, you will end up with a lot of incorrect or bogus data that requires then (expensive) post-process by humans. If you limit the amount of possibilities you risk that people are cut-out or incapable of filling in their corner-cases and your system is not useful and will not be used. Even worse, if you make your system stricter, the user needs a higher skill of “making your situation fit the form”, which means that more people will be a) not be able to fill in forms correctly or b) resign and don’t use your system. And then rightfully complain about it.

I believe that THIS is exactly the reason, why digitalisation in 2022 still sucks for most administrative tasks. Because unless you are trained to be a nitpicker and you have organized your life according to the general masterplan A49 (TM), you will unavoidably find yourself in one of the not covered “corner-cases”, where those forms simply don’t work for you. Or you are incapable to find a way of fitting your specific situation in the strict way that most forms are provided. Because in the end it’s absolutely your fault, that you have been moving in the midst of a pandemic to another country and we cannot recognize that you got the first doses elsewhere so that you are now locked from getting the booster shot because that’s a corner case that we have not thought about.

This is exactly what happens all the time. None of the systems worked as they were designed to do, because or a combo-box didn’t offer the right choices or the provided choices were ambiguous. This is the reason why administrative systems often suck.

At the end of the day every administrative online form, that we HAVE to fill in is like a labyrinth for a lab rat. We have no choice but to find a way though because we are forced to put in something. This means, the only way though is by cheating the game. And as amaizing as humans are, never underestimate how resourceful people become, when it comes to find a way through the maze and get the tasty goodie cheese at the end of the journey. Or being able to travel again. 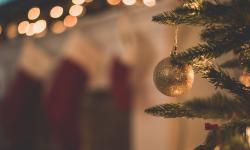