This is the second blog post of our Ring Road journey in Iceland. The first one was about the Golden Circle.

This was a day with a lot of driving around. And one of the days, where you discover another side of the true nature of Icelandic weather: Rain and wind. As said before: Take into account that you will encounter at least one full rain day. At least. But it was fun!
The temperature drops to about 10 degrees (we are in high summer!), so be prepared to take adequate clothing with you. We spend the full day in car, so it wasn’t very much of a problem, but if you are on the go for the day you’re gonna need some warm stuff and good rain protection. Did I mentioned the wind? Yes, it’s windy.

Vestmannaeyjar is a nice island in the south of Iceland. It’s reachable via ferry (and probably via plane) from the very near end of Landeyjahöfn for a reasonable fee. Vestmannaeyjar is known for their Puffins colony, very adorable little creatures that you should definitely visit! We had the chance on the North-East end, so don’t worry, they are also elsewhere. And just because they are so adorable, here’s a picture of one of them: 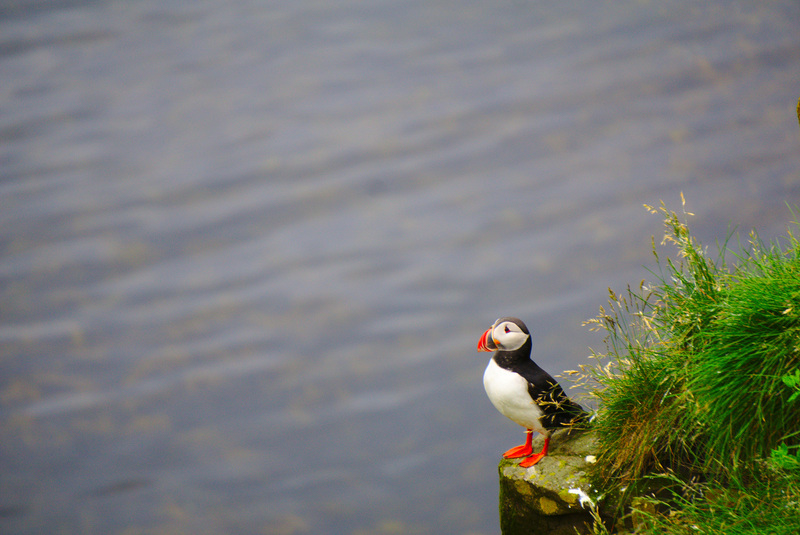 In fact, I was so excited about them, that I dedicated a own photo album on my online photobook. But enough for now, Puffins will definitely get their own blog post.

But there is something nice about Puffins that is only in the to Vestmannaeyjar. First: Puffin chicks are called pysja. Keep that in mind for now.
In fall the Puffins leave the breeding nest for the open sea, where they spend the winter (yes, those little fluffy things are in the freezing cold water in winter!). Until then, the pysja get fed by their parents, mostly Raitt’s sand eels (known as lesser sand eel). See here: 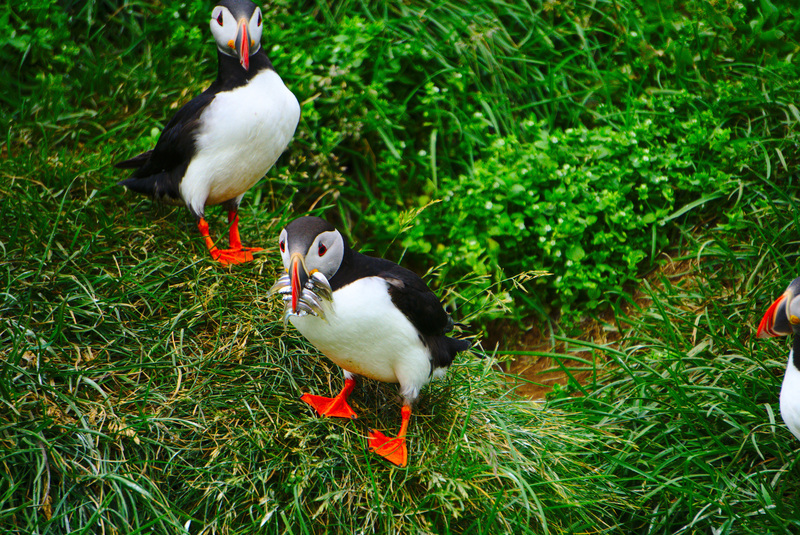 Ok, now when the chicks are big enough, the parents stop feeding them so that they get out of the nest. Sounds harsh, but sometimes you need a kick in order to prevail. That’s just how it works for them …
So, hungry pysja wants to have food! And so the journey to the sea begins. Just like humans, the birds get attracted by shiny lights, so every year there are a lot of unfortunate and confused pysjas invading the nearby town. Frightend by the noise and the unusual environment, they crawl under cars and wander around plan-less and frightened. That’ts where the inhabitants of Vestmannaeyjar come for the rescue - every fall the children go out and collect the pysjas and bring them to the sea the next morning. Some of the more exhausted pysjas even get nursed before being released. An act of kindness - I find this absolutely brilliant! Maybe one day I have the chance to go there and somehow participate in this event.

For more informations about the pysjas rescue, I refer to the Iceland magazine.

So, we wanted to take the ferry to Vestmannaeyjar, but once we stood at the shore and got a full load of the bad weather and practically no visibility we decided not to do that. We anyways got another chance to visit those little adorable creatures, but that will be another post in the future 🙂

On the way back from Landeyjahöfn we encounter another beautiful and well-known waterfall of Iceland: The Seljalandsfoss. Usually it’s quiet crowded there during the day, but still it’s worth going there and enjoy the beauty that nature can serve you. I didn’t managed to really take a breathtaking picture, but other did and posted a lot of very nice pictures on Unsplash. I’m leaving you here with my stuporous tries of creating something artistic. 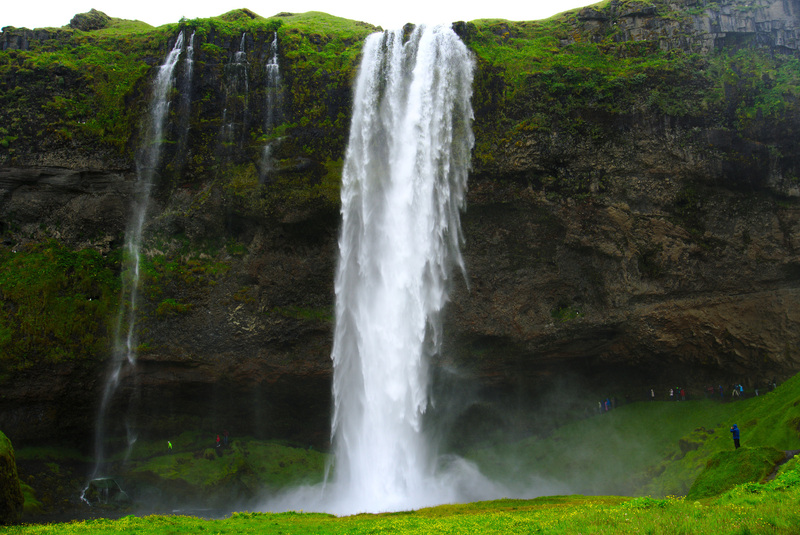 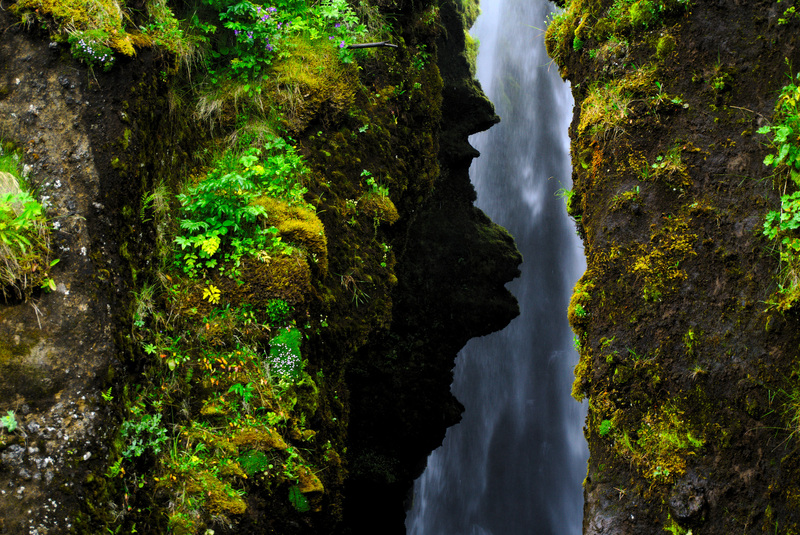 This one I like a lot. I also pushed it to unsplash

After that we drove to the Vík í Mýrdal camping place. There was another camping spot in between: [Skógar Camping][5], that was also included in the camping card, but due to the bad weather we had the time to skip that and therefore have more time on the upcoming destinations. In the end there are so many things to do, that you anyways won’t be able to do all of them at once.

If you can, you should also go to Dyrhólaey, it’s just on the way. 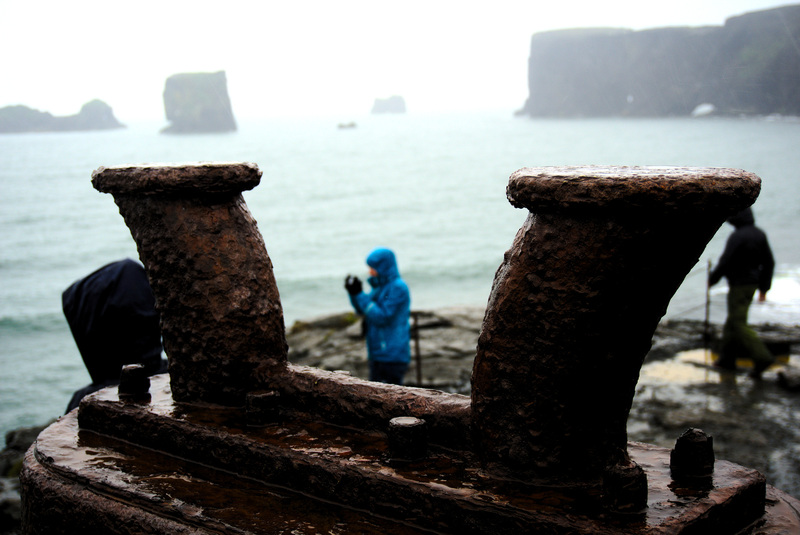 Dyrhólaey, it was a very rainy day

You will also see the Reynisdrangar, three volcanic rocks in the sea, but that is gonna be part of a another post. 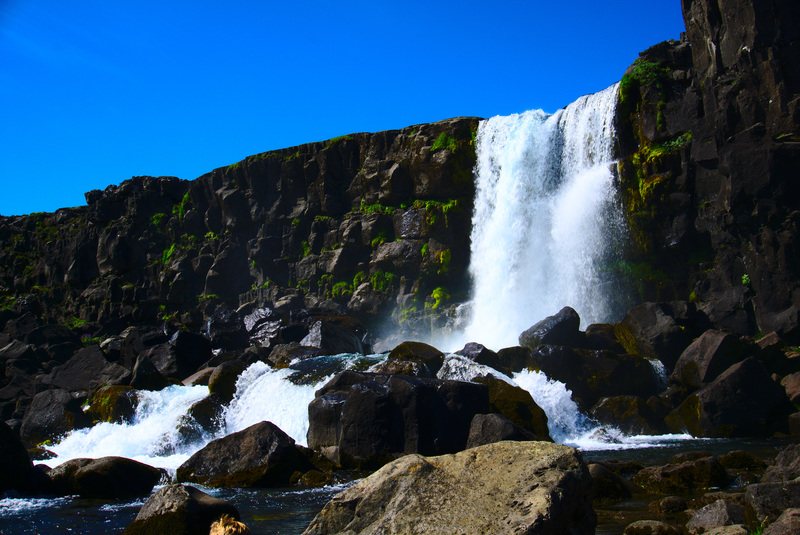 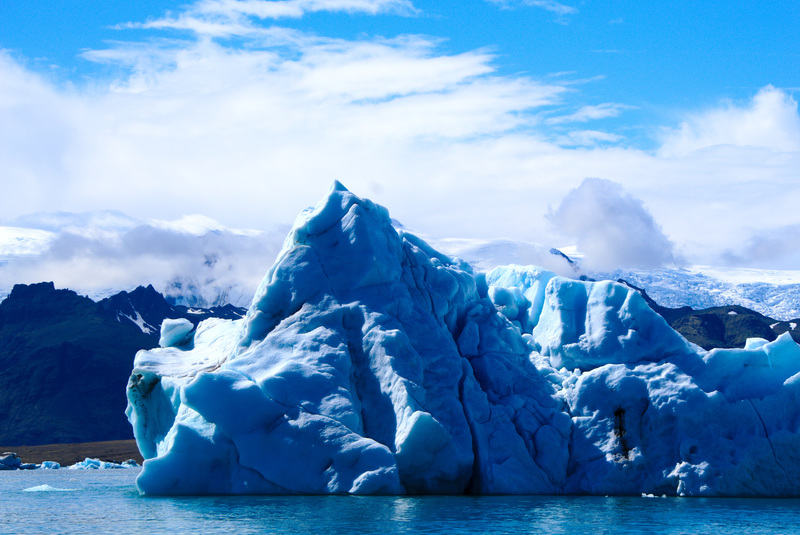 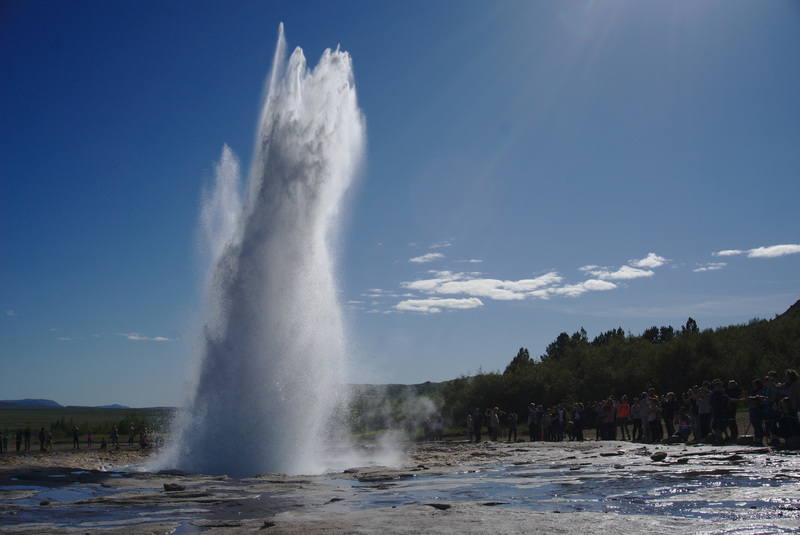